In each issue, along with my co-columnist, Marcy Nelson Garrison, we introduce tools that make coaching fun, productive, and effective in a column called “coaching tools”.

They are tools we have personally tested snd sometimes continue to use because they are so great.

After each issue, I post about the tools.
Past posts can be found here >>> Past Blog Posts <<<

In the June issue, I reviewed LastPass.

Have you ever worried about being hacked?
I certainly have!

In this era of mass computerization and hackers around every corner, it’s more important than ever to protect yourself with strong, encrypted passwords.

But if you’re like me, I was creating passwords I could remember, and I was reusing the same password in many places. Too many places, making it very easy for hackers. 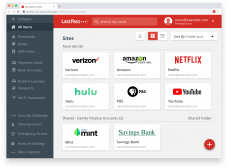 The standard version of LastPass comes with a web interface, but also includes plugins for various web browsers and apps for many smartphones.

At the advice of many members of my team, we are using the premium version, which allows the creation of folders and the ability to share selected passwords with my team.

What’s even more fantastic is that there is even a version for families. 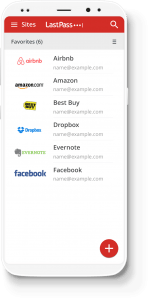 LastPass makes it easy to manage and share super-strong passwords and therefore making it super-hard for hackers to get into your computer or web accesses.

I strongly recommend you choose and use LastPass for your password protection.

It has made a huge difference not only in my confidence in my security but also in the way that my team and I work together. Super simple!

This issue will be mailed and emailed to subscribers in late June.