Since 2005, the research team at Sherpa Coaching has compiled an annual survey on executive coaching. This edition of the Expert Series offers brand new, unpublished information, and exclusive to readers of choice Magazine.

Advocates of strengths-based coaching, drawing from positive psychology, will say: “Know your strengths, craft your life around them and you will be happier, more productive, and reach your goals.”

The weakness-based approach says: “Your strengths have gotten you where you are. Dealing with weaknesses in behavior is the only way to get to the next level.”

Which approach did the 2017 Executive Coaching Survey find is most widely used? Although it’s not an either-or situation, more than 75% of coaches work with strengths rather than weaknesses. Many coaches use some aspects of both approaches. There’s a trend toward strengths as the basis of coaching, as we see from the last three years of data. 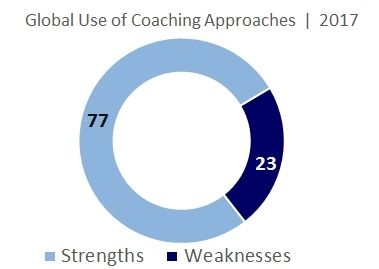 As we discussed in the first part of this series, there are three main reasons coaches are hired: 1) to solve specific behavioral problems, 2) to assist in the transition, and 3) to develop ‘up and coming’ leaders.

Are the coaches who focus on weaknesses being hired to solve specific problem behaviors? Does a coach’s approach lead them to a specific type of client? Not necessarily. We can’t jump to that conclusion, although a writer for Forbes Magazine, quoting this survey, did just that, saying: “According to Sherpa’s 2015 Executive Coaching Survey, there are about twice as many coaches in the market who focus on strengthening leadership skills as there are so-called deficit coaches who specialize in problematic leaders.”

There’s no rule or standard in place to ensure one type of coach will always be assigned to one type of client. In fact, it turns out that both types of coaches work across the spectrum. Coaches who work with strengths are not necessarily working in a proactive leadership development scenario. At times, they work with leaders’ problem behaviors. Similarly, coaches who focus on weaknesses do not work exclusively with clients who have a problem to solve.

The data actually shows that strengths and deficits coaches are equally likely to work on proactive leadership development. Here’s what we found in our 2017 Survey.

How does this information relate to your marketing and/or service to clients?

In our next exclusive report from the Executive Coaching survey, we look at the results to determine how to measure benefits.

The annual Executive Coaching Survey is published by Sherpa Coaching in Cincinnati, Ohio, USA. Managing Partner Karl Corbett leads the research team. Karl is also the university relations liaison for the Sherpa Coaching Certification at the University of Georgia, University of New Mexico and Howard University in Washington, DC. He can be reached at (513) 232.0002 or kc@sherpacoaching.com 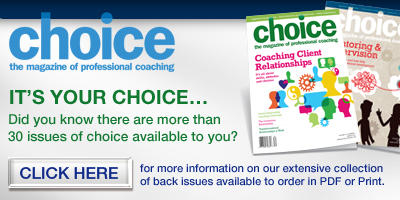